Natural graphite is available in three forms, all of which are processed from naturally sourced graphite material. The three forms are amorphous graphite, flake graphite and crystalline vein graphite, and they each have unique properties that make them well-suited for certain applications.

What is Amorphous Graphite?

Because amorphous graphite is made from the metamorphosis of anthracite coal seams, the graphite itself is a seam mineral (and not a vein mineral).

As a seam mineral, amorphous graphite tends to have a higher ash content than other kinds of natural graphite. This is a result of the metamorphosis agent depositing other organic material as it interacts with the anthracite coal. Coal-producing environments tend to be rich with organic material, after all. Additionally, the graphite matter might be free, or mechanically attached to quartz or other material.

While all natural graphite must be processed before use, amorphous graphite must undergo the most extensive processing because of its low graphite content.

How Does Amorphous Graphite Compare to Other Natural Graphites?

What Are Good Uses for Amorphous Graphite?

While not suitable for all purposes, there are many applications for amorphous graphite. Its high heat tolerance makes the mineral good for manufacturing, where it is commonly incorporated into crucibles, molds, ladles, troughs and nozzles. Even the electrodes in many metallurgical furnaces and linings in iron blast furnaces are made from amorphous graphite.

In the production of steel, amorphous graphite can be included as a carbon raiser for increased strength and durability.

In other industries, amorphous graphite is used to make brake linings, clutch materials, gaskets and pencil lead. Pencil lead is normally made from the lowest-quality amorphous graphite, and this particular use is primarily found in China.

What is Flake Graphite?

Natural flake graphite is formed when carbon material is subjected to high pressure and high temperature. The carbon source material can be either organic or inorganic, although most commercially sourced flake graphite comes from organic deposits. The pressure required is usually greater than 1 gigapascal (75,000 psi) and the temperature needed is usually higher than 750 degrees Celsius (1,380 F).

Because natural flake graphite is formed when deposits of carbon come under pressure and temperature, the graphite is most often found in metamorphic rock and deposits are distributed fairly uniformly throughout the rock. The graphite comes as jumbo flake, large flake, medium flake and fine flake.

Depending on the use, the purity and/or size of natural flake graphite may be more important. The spherical industry needs good-sized and pure flake graphite, while the refractories industry focuses primarily on flake size.

How Does Natural Flake Graphite Compare to Other Natural Graphites?

Flake graphite varies in quality and size, which is partly why it’s useful in a variety of different applications. It’s also an abundant form of natural graphite, being sourced in many countries throughout the world.

What Are Good Uses for Flake Graphite?

While the spherical and refractories industries need natural flake graphite, the largest buyer of this form of natural graphite is the auto industry. Specifically, electric, hybrid and fuel cell vehicle manufacturers account for a large increase in flake graphite demand over the past few years.

What is Crystalline Vein Graphite?

Crystalline vein graphite is known as crystalline vein, Sri Lankan graphite, Ceylon graphite, and Plumbago. The Sir Lankan and Ceylon names stem from the region where this graphite is mined. It’s only sourced and processed in Sri Lanka (formerly Ceylon), although this form of natural graphite is also found in Great Britain and the United States.

The exact formation of crystalline vein graphite isn’t certain, but it’s suspected that the graphite is naturally occurring pyrolytic. If it were deposited directly from a fluid phase, as this theory holds, that would explain the veins of the graphite that are found in ore rock.

This formation lends to a macro morphology that’s like little needles which point perpendicular to the veins’ walls. Veins of this natural graphite can range from a few centimeters thick up to 2 meters thick. When sourced, the graphite ranges in size from powder as fine as 5 micrometers to lumps as large as 8 centimeters in diameter.

How Does Crystalline Vein Graphite Compare to Other Natural Graphites?

In many respects, crystalline vein graphite is the highest quality natural graphite. Its graphitic content can range from 94 to 99 percent, with the purest samples coming from the middle of a vein. It’s also more thermally conductive and electrically conductive than other types of natural graphite, and it has a higher cohesive integrity. These properties are likely thanks to its needle formation.

What Are Good Uses for Crystalline Vein Graphite?

Vein graphite can potentially be used in any situation where natural flake graphite is suitable, but vein graphite will provide a slightly better performance. It’s commonly found in automotive uses, such as high-performance clutches and brakes.

At Superior Graphite we produce each form of natural graphite: amorphous, flake, and crystlline vein according to the industrial uses of each. While amorphous graphite is the most abundant, oftentimes only the most pure crystalline vein graphite is suitable for your manufacturing needs. Contact us to find a service representative that can discuss your project needs.

Looking for the shortest path between your requirements and a viable, commercial solution?

Enter your comments/questions and click submit to send us an email.

Enter your comments/questions and click submit to send us an email. 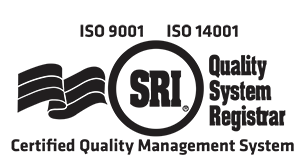 Commencement of Operation
May, 1977

You can find out more about which cookies we are using or switch them off in settings.

This website uses cookies so that we can provide you with the best user experience possible. Cookie information is stored in your browser and performs functions such as recognising you when you return to our website and helping our team to understand which sections of the website you find most interesting and useful.

Strictly Necessary Cookie should be enabled at all times so that we can save your preferences for cookie settings.

If you disable this cookie, we will not be able to save your preferences. This means that every time you visit this website you will need to enable or disable cookies again.